Portland Passport on Tap is Live!

Portland Passport on Tap, a beer lover’s guide to the West Coast’s best breweries, has arrived in Portland. Taste craft brews and ciders at 12 locations around Portland for $40.

For anyone looking to explore the very best beer and cider in Portland, Passport on Tap is a must do experience. For only $40, users receive tastings at 12 different locations of their choice along with special offers from tasting partners, making the app a beer drinkers dream at an incredible price.

It’s so easy. Download the Passport on Tap app through the app store. The app will present beer and cider tastings at 12 different locations of the user’s choosing. All 12 locations do not need to be selected at once – the user can choose all 12 or select as they go, adding and deleting locations at will before redemption. The choice is in the user’s hands, selecting 12 tastings from a curated list of 20+ options.

Once a location is selected through the app and the guest is at the tap room, he or she will simply open the app to redeem the tasting. The app also automatically filters and suggests nearby tastings based on location, so users can create their own experience with the simple push of a button. Future updates will allow users to filter locations by features such as dog-friendly, patios, and more.

“With more than 12 years of experience in the food, wine and beer touring business and plenty of research on how people – Millennials – now prefer to travel and experience cities, we knew we had to meet our audience where they were – right at their fingertips,” said Passport on Tap Director of Development Terry Rice. “With the Passport on Tap app, locals can go at their own pace, visiting breweries and cider houses as they wish without constraints”.

The Passport on Tap tastings within the app are valid on year from date of purchase, so locals and visitors can save their food tastings for future excursions. For more information or to download the app, visit www.passportontap.com

Portland Passport on Tap is a collaboration between Savor Seattle Food Tours and PSSPRT, the company behind Passport on Tap Montreal. Bringing together the two team’s experience in marketing, development, user experience and technology to share a truly great product with the Portland market. 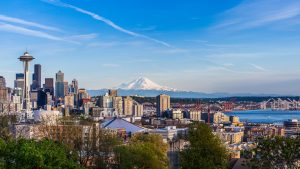